Passing on a Passion for Tech

Passing on a Passion for Tech

FROM MY DAD TO MY DAUGHTER: PASSING ON A PASSION FOR TECH

I’ve never been a big fan of gender roles. When I was a little girl, I played with Matchbox cars and Barbie’s. I rode a bike and a skateboard. I climbed trees and played dress-up. I hung out at the mall and at the arcade. And I spent as much time baking in the kitchen as I did at the workbench in the garage. It never occurred to me that there were things I was “supposed to do” or “not supposed to do” because I was a girl. Luckily, that stuff never occurred to my parents either.

One day when I was eleven years old, my dad found me at that workbench in the garage and asked me a simple question that changed my life: “Do you want to help me build computers?”

I grew up in the early days of Silicon Valley, and my dad worked for a company that built some of the first PCs and game systems. He often brought work home with him to make a little extra money. “I’ll pay you for every component you build that passes quality control,” he’d told me. “If it fails, you’ll need to fix it.”

I was in. And that’s when my fascination with technology began. That first job turned into another, and another. The two of us worked together every day after school in the garage, where he taught me how to use a wire stripper, a crimping tool, a heat gun and eventually, a soldering iron.

It wasn’t easy work. It required patience (not my strong suit). My hands hurt after a while. But deep down, I loved the focus the job required. I found it strangely rewarding. And when my dad surprised me with a brand-new IBM 5150 and told me I’d built it, I was bursting with pride.

I spent much of my free time the following year in front of that computer. I played games. I taught myself some basic coding and wrote a simple recipe app for my stepmom. My friends didn’t really get it, but I didn’t care.

Then suddenly, one day, I did care. A lot.

And that’s when I stopped coding and working with my dad in the garage. I probably stopped hanging out at the arcade and riding my skateboard, too.

Like me, many girls start out with a passion for technology, but lose it as they near high school. According to a study by the Girl Scout Research Institute (GSRI), 74% of girls express interest in Science, Technology, Engineering, and Math (STEM) in middle school. Yet, according to The New York Times, only 0.4 percent of all female college freshmen say they intend to major in computer science. The biggest drop off happens between the ages of 13-17.

It’s a depressing statistic, but a pattern I recognize firsthand. And when I started to see own daughter and her friends begin to lose interest in their STEM-related passions, it hit me hard.

These were the same girls who spent months preparing for the science fair, hours playing Minecraft online together, and came home bursting with excitement about the Hour of Code program at their elementary school. I wasn’t ready for my daughter to lose interest in technology—we’d barely skimmed the surface! So when she expressed interest in a summer coding camp, I jumped on it as fast as I could.

I was thrilled to find a program exclusively for girls, but despite her initial excitement, she didn’t enjoy that first day of camp. She didn’t know anyone, and she was afraid she’d spend the whole week alone at her desk. But when I picked her up after the second day, she was giddy. As it turns out, they’d spent the whole day coding while singing every song from High School Musical. The next day, they covered the Pitch Perfect soundtrack. And that was all it took. She’d made friends. And by the end of the week, she’d made an amazing game.

Computer science and engineering degrees offer the highest incomes and the most work flexibility—two attributes widely cited for attracting women to traditionally male- dominated fields. But the number of women in computer science is still on the decline. Girls Who Code estimates that by 2020 there will be 1.4 million jobs available in computing related fields, and women are expected to fill just 3% of them.

I’m doing everything I can to keep my daughter excited about technology, but it’s not enough. I want all girls to be excited about it. I don’t know how to code, so I’ll let organizations like Code.org, Girls Who Code, Black Girls Code, and Made with Code take the lead on that part. I’m hoping to make a difference using the tool I know best: storytelling.

In my new middle-grade novel, CLICK’D, Allie Navarro plays soccer and loves coding. She’s surrounded by positive female role models, like her computer science teacher and a dynamic software company CEO. Her computer science class is diverse and gender balanced. And Allie’s parents treat coding the same way they treat her sport: as a passion to be nurtured, not a passing hobby.

Like coding itself, CLICK’D has many moments of triumph, but there are also plenty of setbacks, and that’s intentional. In a world where girls often feel an expectation to be perfect, I want readers to see examples of girls who are allowed—even expected—to fail, and fail spectacularly.

In writing CLICK’D, I’ve thought a lot about those hours I spent in the garage with my dad, and I’ve realized something important. He wasn’t just teaching me how to build computers. He was teaching me how to fix my mistakes, one at a time. He was empowering me to follow my passions, regardless of gender “norms.” He was telling me I could do anything I set my mind to.

And I’m eternally grateful to him. Because I haven’t picked up a soldering iron in years, but I use those lessons practically every day. 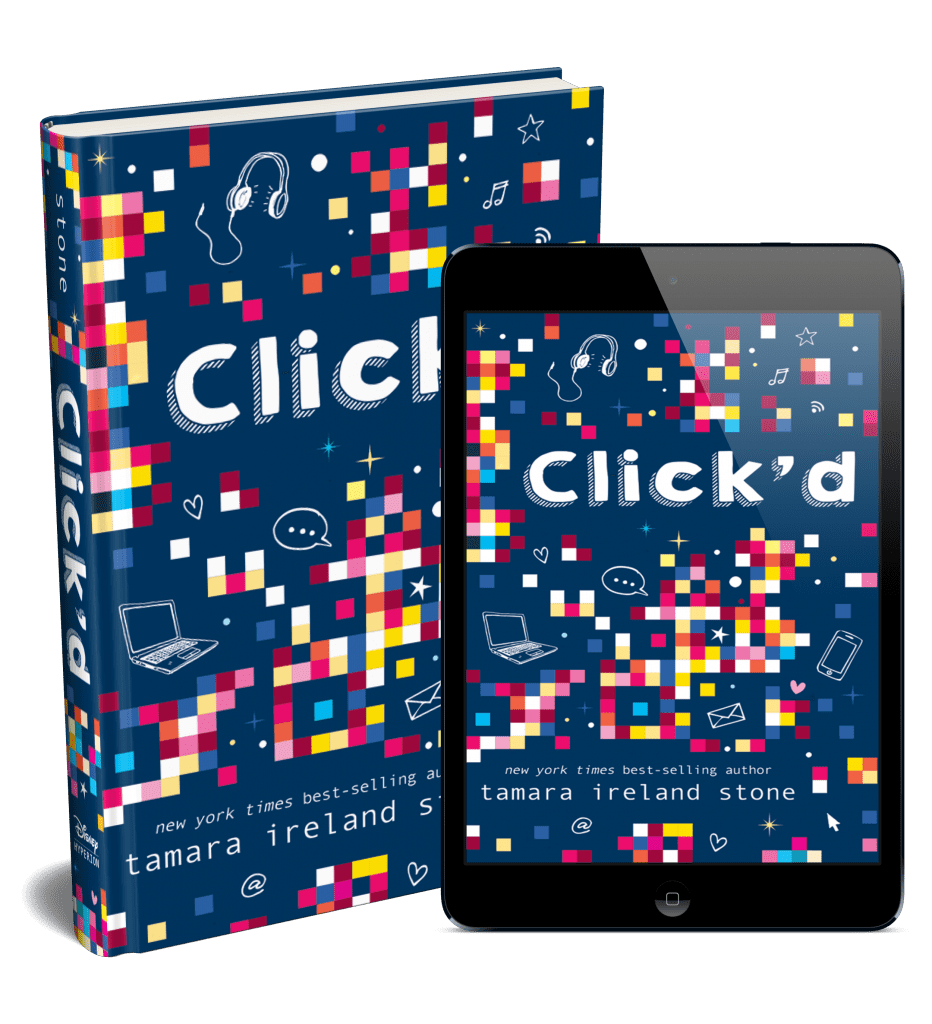 Allie Navarro can’t wait to show her best friends the app she built at CodeGirls summer camp. CLICK’D pairs users based on common interests and sends them on a fun (and occasionally rule-breaking) scavenger hunt to find each other. And it’s a hit. By the second day of school, everyone is talking about CLICK’D.

Watching her app go viral is amazing. Leaderboards are filling up! Everyone’s making new friends. And with all the data Allie is collecting, she has an even better shot at beating her archenemy, Nathan, at the upcoming youth coding competition. But when Allie discovers a glitch that threatens to expose everyone’s secrets, she has to figure out how to make things right, even if that means sharing the computer lab with Nathan. Can Allie fix her app, stop it from doing any more damage, and win back the friends it hurt-all before she steps on stage to present CLICK’D to the judges?

Backmatter includes information on educational resources from Code.org, a non-profit dedicated to expanding access to computer science and increasing participation by women and underrepresented minorities.

*This essay originally appeared on YA Books Central on May 18, 2017.

Subscribe to my newsletter to receive exclusive updates, freebies, giveaways & promos delivered directly to your inbox! Plus you’ll be automatically entered for a chance to WIN a signed copy of one of my books in my quarterly giveaway!
By Tamara Ireland Stone|2017-08-07T11:18:21-07:00August 7th, 2017|Categories: Writing, Click'd|Tags: Click'd, STEM, technology, coding, code girls|1 Comment