I love meeting readers. Aside from the writing itself, it’s what I enjoy most about being an author.

Since Time Between Us came out, I’ve been fortunate to be able to travel around the country, talking about writing books for young adults. I’ve been to New York City, Los Angeles, Kansas City, St. Louis, Austin, Houston, Tucson, Portland, and Las Vegas.

But there’s one city I’ve desperately wanted to visit and haven’t: Evanston, Illinois.

I’m thrilled to say that’s about to change.

I’m so honored to be Evanston Public Library’s guest author on February 6.

Really. You have no idea what this means to me.

May I tell you?

People often ask me why I chose to set my books in Evanston, Illinois. It was actually a decision I made even before I took pen to paper. I wanted Bennett to be 17-years-old in 2012, and that meant he would have been born in 1995. I knew he’d be from San Francisco, but I wanted Anna to be from someplace completely different — different enough to make Bennett feel totally out of his element when he was there with her.

I started thinking about where I was in 1995. 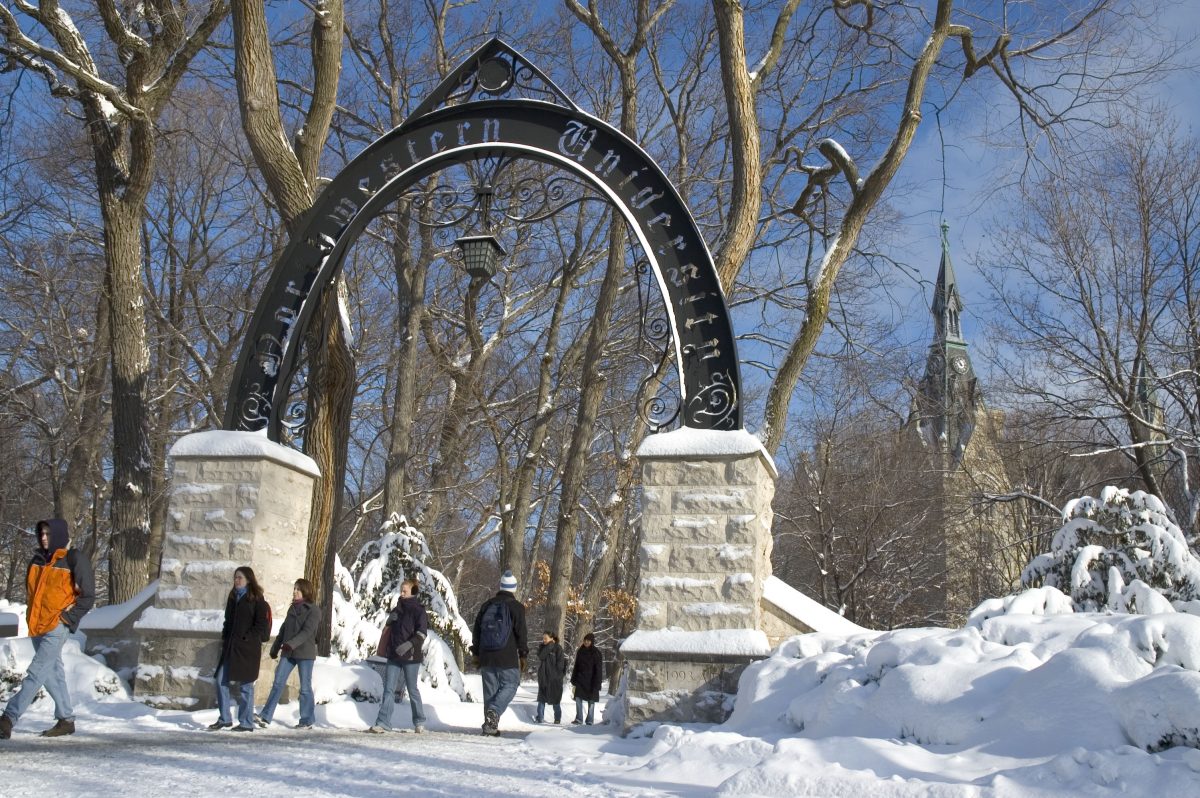 The Arch in Winter

At the beginning of the year, my boyfriend was accepted to graduate school at Northwestern University. It was located in a town I’d never heard of, and he asked me if I wanted to come along.

There were lots of reasons to go. I had never lived outside California, and the company I worked for at the time liked the idea of a “Midwest office.” It wasn’t a big city like Boston or New York or even downtown Chicago, but Evanston sounded nice. It was a daring adventure. How could I pass it up? (I should probably mention that I was head-over-heels in love with this guy, right? And I still am. We just celebrated our 15th wedding anniversary.) 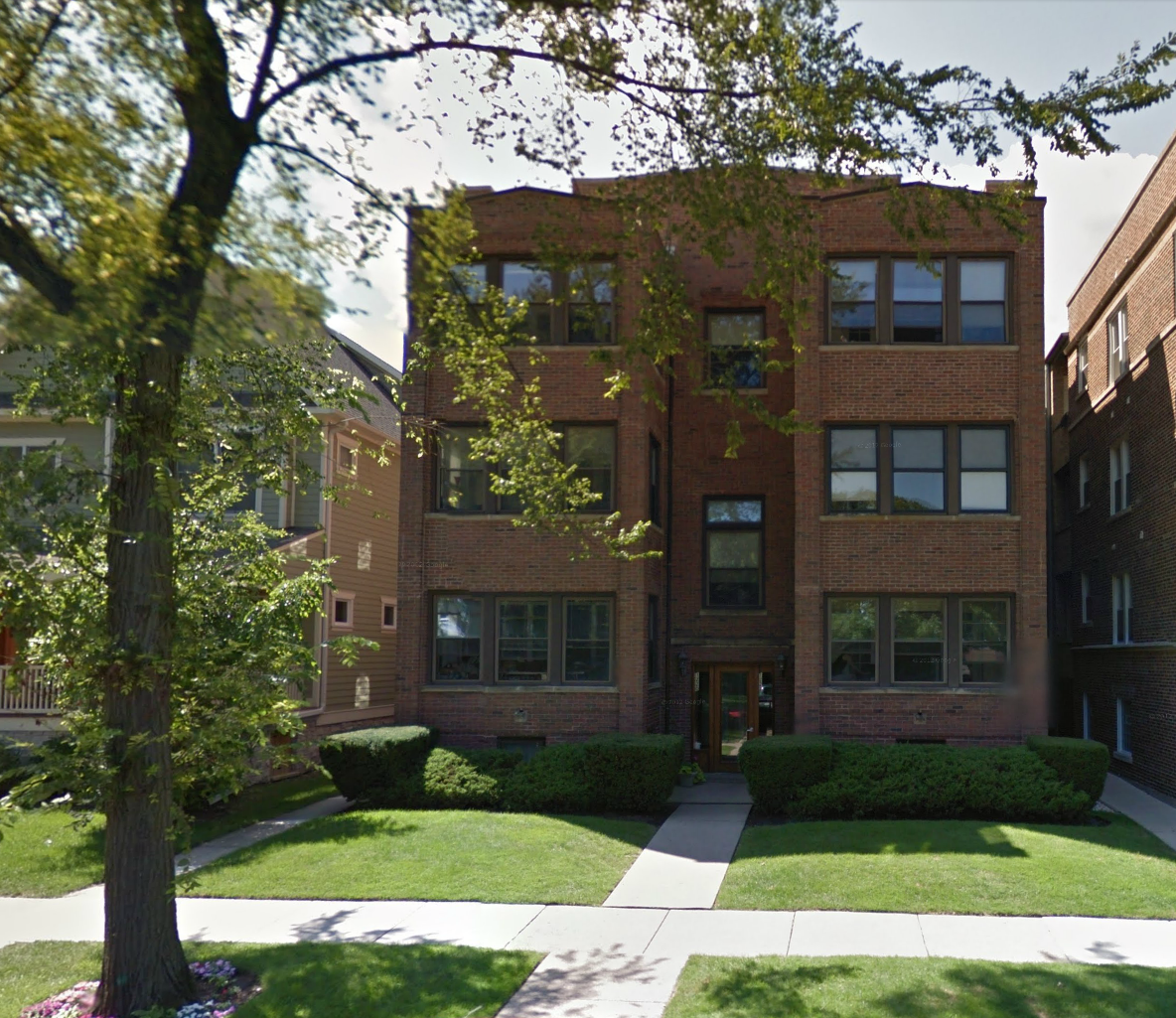 Mike and I moved into an apartment near campus. When I wasn’t traveling for business, I worked from home. I bought lattes at the coffeehouse down the street. I took tennis lessons at the Northwestern gym, which was located next to the soccer field. On nice days, I ran a three-mile loop that wound through beautiful neighborhoods, along Lake Michigan, through the campus, and back home again.

(If you’ve read Time Between Us, some of that might sound familiar. Note: Unlike Anna, I’ve always been a fair-weather runner.)

As I thought about the setting for my first book, I began to realize how much I’d loved those two years I spent in Evanston.

I hadn’t thought about them in a long time, and I was starting to forget the little details, like waking up one October morning to find my entire neighborhood transformed by overnight snowfall. Or stacking sandbags in the trunk of our little Honda Civic to keep it from skidding on the ice. Or that horrible jacket I wore everyday that made me look like an orange version of the Michelin Man.

I’d forgotten how often I wanted to close my eyes and open them somewhere else. Somewhere warm.

(By the way, this fixation with weather will continue. Remember, I grew up in California.) 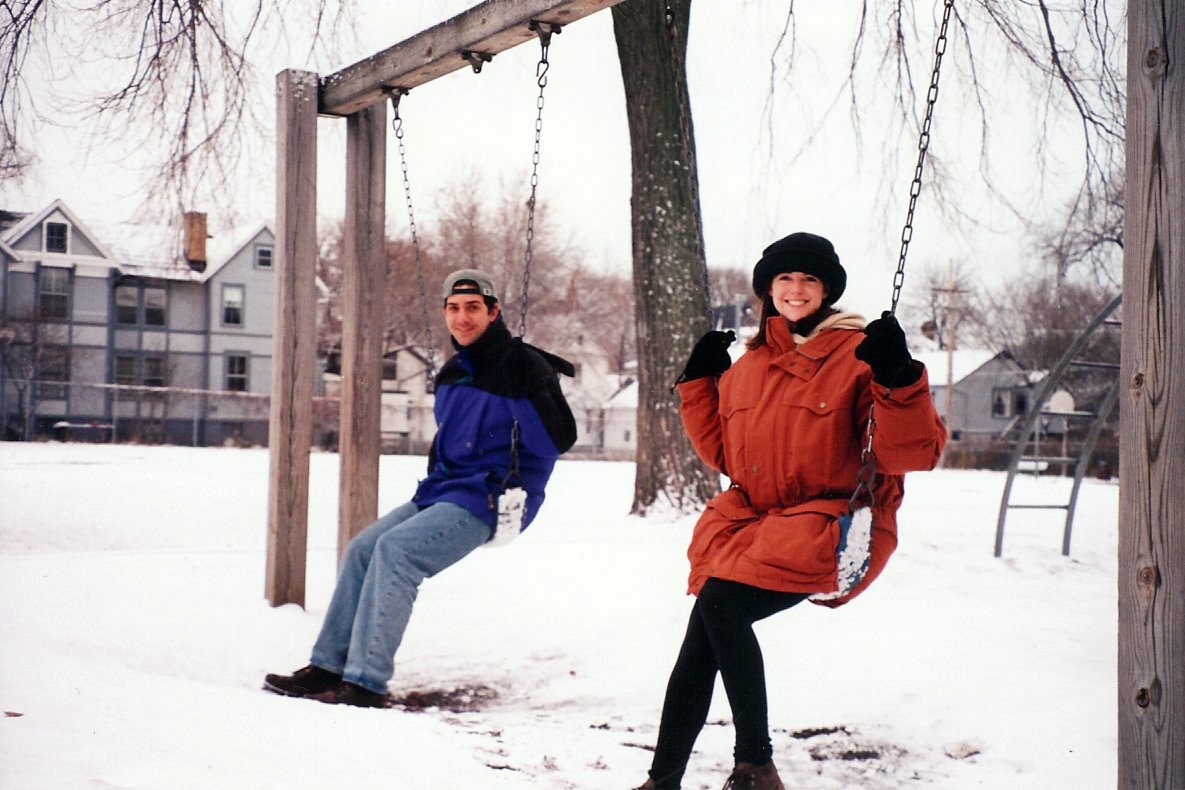 Sure, I was cold. But this jacket? Really?

It all fell into place for me. Evanston would be a perfect home for Anna and her family. Bennett would feel as out-of-his-element (and as cold) as I often did. And I’d get a time travel experience of my very own.

From 2008 to 2012, I spent my days writing about a city I hadn’t seen since a brief visit in 1999. A big part of me didn’t want to return — not while I was writing. I knew the town had grown and I didn’t want to cloud my vision of 1995 Evanston. So I stayed away and relied on Google Maps to fill in the details.

But now I finally get to go back, and for the best possible reason: To meet people who have read my books and want to talk with me about them. 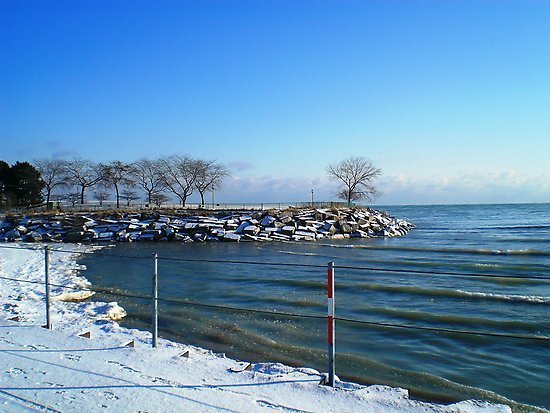 A view of Lake Michigan from Anna’s running path.

Between my library and bookstore visits, I plan to walk around town taking pictures. I’ll stop at all the real points, the places that used to be there but no longer are, and try to find the rough locations of the fictitious spots. You can follow the whole thing on Instagram.

Maggie’s house: For obvious reasons, the address in the book — 282 Greenwood — doesn’t exist. But that house does. When we first moved to Evanston, I was captivated by the beautiful homes close to the lake, and one in particular — a grand Tudor mansion with the carriage house out back — has always stuck in my mind. I love that Maggie and Bennett get to live there.

Anna’s house: Like Maggie’s, Anna’s address is fictitious, but her house is real. I hope I can find it. I should know it from that tell-tale wraparound porch I always loved. I wonder if the house is still yellow? (If it’s now painted gray with white trim, that will freak me out.)

The coffeehouse: I don’t think that shop near my apartment is there anymore. And even if it was, it wouldn’t look like it did in my books because that interior is based on a place in downtown Chicago, complete with mismatched couches, high tables, and live music. 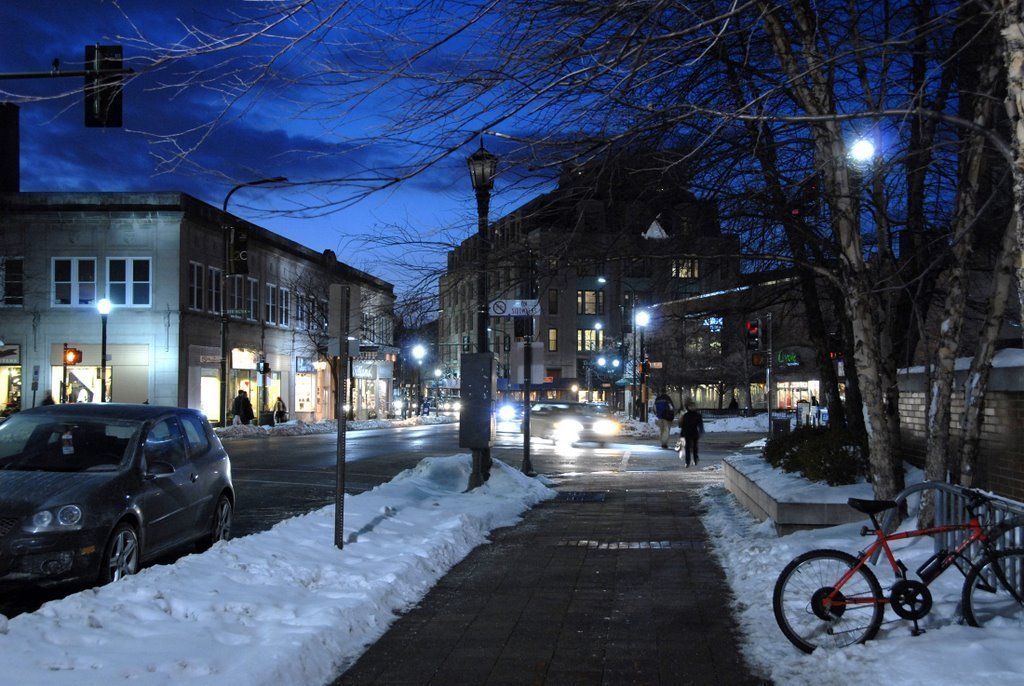 Downtown Evanston in the winter.

Even though the coffeehouse isn’t real, the idea of it is important to me.

When I was living in Evanston, I was part of the university community, but I’d often see the local teens around town. I remember being fascinated by them. I wondered what it would feel like to grow up there. How strange to watch your entire town change twice a year, every May and August, as students left and returned again. Did the high schoolers like the college students? Did they ever interact?

I liked to imagine they did, so I created the coffeehouse — a place that brought the two together for live music on Sundays. A spot where Justin’s friends from school would awkwardly intersect with his buddies at Northwestern’s WNUR radio. 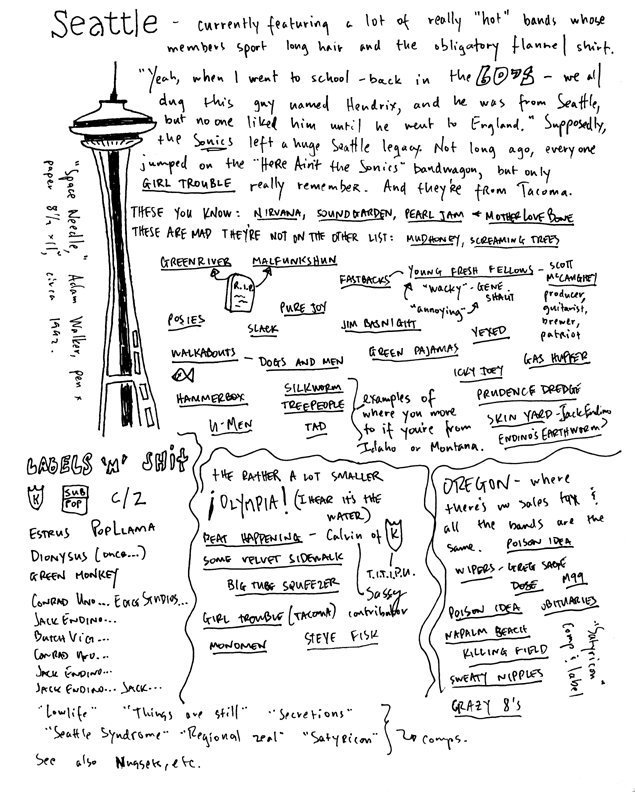 I found this during my research. Original artwork created by a WNUR Radio staff member in 1992. (Click to see it in detail.)

I got to feel like local once. During that first summer in Evanston, everyone I knew (including Mike) went back to their respective homes for internships, but I stayed behind. And I felt the difference. For one summer, I was no longer part of the university crowd but a member of the town. It was a lot quieter. It was even lovelier.

But whoa… A whole lot warmer.

(And just when you thought I was done talking about the weather!)

That was the summer I got to experience real heat. Since I worked from home, I used to sit in my un-air-conditioned apartment, trying to type while sweat dropped from my forehead onto my keyboard.

When I could no longer stand it, I’d pack up my laptop and head to the only place in town that had free public Internet in 1995: The Evanston Public Library. 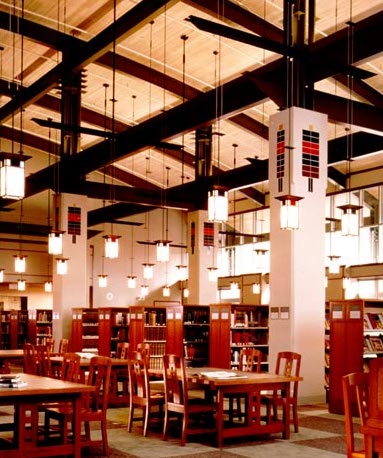 I just love it when a story comes full circle. Don’t you?

I’ve spent the last five years getting to know Anna, Bennett, Emma, Justin, Mr. and Mrs. Greene, and Maggie. My sound mind knows they’re fictional, but in my heart, they’re as real as the town they live in. I can’t wait to be back.

Huge thanks to the Evanston Public Library and Book Stall for having me. 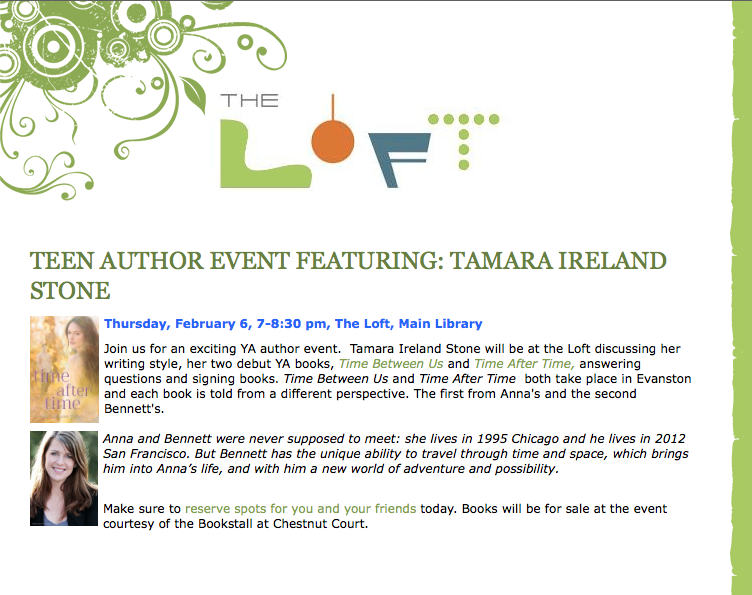 Subscribe to my newsletter to receive exclusive updates, freebies, giveaways & promos delivered directly to your inbox! Plus you’ll be automatically entered for a chance to WIN a signed copy of one of my books in my quarterly giveaway!
By Tamara Ireland Stone|2019-02-05T10:25:12-08:00January 14th, 2014|Categories: Writing, News, Time Between Us|Tags: Time Between Us, Evanston, Inspiration, Evanston Public Library, The Book Stall, Snow|6 Comments