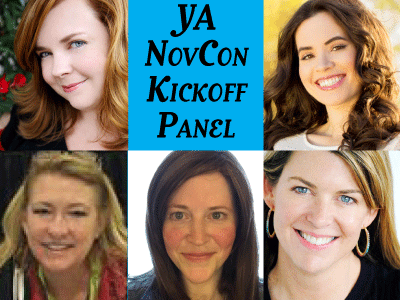 Not Your Mother’s Book Club happily presents another great panel as a kick-off event for YANovCon 2018! Joining us for this fun event will be Gretchen McNeil, author of I’m Not Your Manic Pixie Dream Girl; Abigail Johnson, author of The First To Know; Kristin Clark, author of Jess, Chunk, and the Road Trip to Infinity; Robin Roe, author of A List of Cages; and Tamara Ireland Stone, author of Every Last Word.

Join us on Friday, January 26th, at Books Inc. Opera Plaza for a night of fun. And don’t forget to collect a raffle ticket! If you make it to Saturday’s YANovCon at Carlmont High School, turn in your ticket for the chance to win a Books Inc. Gift Card for future use! 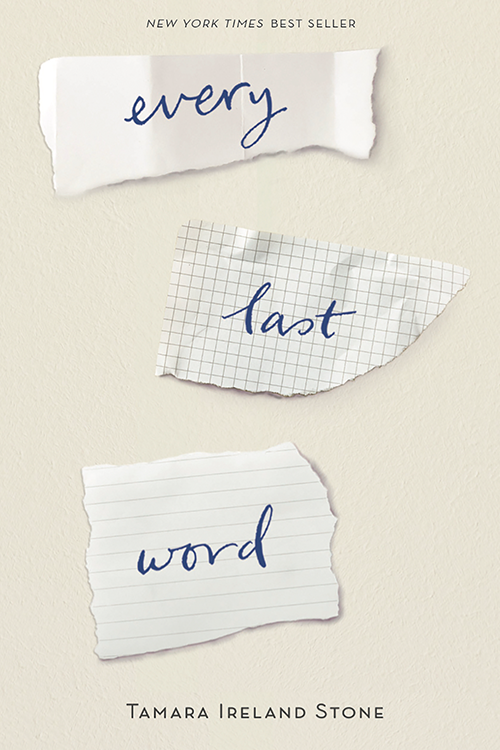 If you could read my mind, you wouldn’t be smiling.

Samantha McAllister looks just like the rest of the popular girls in her junior class. But hidden beneath the straightened hair and expertly applied makeup is a secret that her friends would never understand: Sam has Purely-Obsessional OCD and is consumed by a stream of dark thoughts and worries that she can’t turn off.

Second-guessing every move, thought, and word makes daily life a struggle, and it doesn’t help that her lifelong friends will turn toxic at the first sign of a wrong outfit, wrong lunch, or wrong crush. Yet Sam knows she’d be truly crazy to leave the protection of the most popular girls in school. So when Sam meets Caroline, she has to keep her new friend with a refreshing sense of humor and no style a secret, right up there with Sam’s weekly visits to her psychiatrist.

Caroline introduces Sam to Poet’s Corner, a hidden room and a tight-knit group of misfits who have been ignored by the school at large. Sam is drawn to them immediately, especially a guitar-playing guy with a talent for verse, and starts to discover a whole new side of herself. Slowly, she begins to feel more “normal” than she ever has as part of the popular crowd . . . until she finds a new reason to question her sanity and all she holds dear.

Beatrice Maria Estrella Giovannini has life all figured out. She’s starting senior year at the top of her class, she’s a shoo-in for a scholarship to M.I.T., and she’s got a new boyfriend she’s crazy about. The only problem: All through high school Bea and her best friends Spencer and Gabe have been the targets of horrific bullying.

So Bea uses her math skills to come up with The Formula, a 100% mathematically-guaranteed path to social happiness in high school. Now Gabe is on his way to becoming Student Body President, and Spencer is finally getting his art noticed. But when her boyfriend dumps her for Toile, the quirky new girl at school, Bea realizes it’s time to use The Formula for herself. She’ll be reinvented as the eccentric and lovable Trixie—a quintessential manic pixie dream girl—in order to win her boyfriend back and beat new-girl Toile at her own game.

Unfortunately, being a manic pixie dream girl isn’t all it’s cracked up to be, and “Trixie” is causing unexpected consequences for her friends. As The Formula begins to break down, can Bea find a way to reclaim her true identity, and fix everything she’s messed up? Or will the casualties of her manic pixie experiment go far deeper than she could possibly imagine?

THE FIRST TO KNOW

Don’t miss the second gripping and heartfelt story from the author of If I Fix You! A girl’s plan to find her father’s birth family turns potentially devastating when the secret DNA test she has done reveals that she has a half brother her age she never knew about.

Dana Fields’s father never knew his parents. When Dana secretly does a DNA test for her dad, hoping to find him some distant relatives for his birthday, her entire world implodes. Instead of a few third cousins, Dana discovers a half brother her age whose very existence means her parents’ happy marriage is a lie.

Dana’s desire to know her half brother, Brandon, and the extent of her dad’s deception, clashes with her wish not to destroy her family. When she sees the opportunity to get to know Brandon through his cousin, the intense yet kind Chase, she takes it. But the more she finds out about Brandon, her father’s past and the irresistible guy who’ll never forgive her if he discovers the truth, the more she sees the inevitable fallout from her own lies. With her family crumbling around her, Dana must own up to her actions and find a way to heal the breach—for everyone—before they’re torn apart for good.

JESS, CHUNK, AND THE ROAD TRIP TO INFINITY

The last time Jess saw her father, she was a boy.

Now she’s a high school graduate, soon to be on her way to art school. But first she has some unfinished business with her dad. So she’s driving halfway across the country to his wedding.

He happens to be marrying her mom’s ex-best friend.

It’s not like Jess wasn’t invited; she was. She just never told anyone she was coming. Surprise!

Along the way, Jess and Chunk learn a few things about themselves—and each other—which call their feelings about their relationship into question.

When Adam Blake lands the best elective ever in his senior year, serving as an aide to the school psychologist, he thinks he’s got it made. Sure, it means a lot of sitting around, which isn’t easy for a guy with ADHD, but he can’t complain, since he gets to spend the period texting all his friends. Then the doctor asks him to track down the troubled freshman who keeps dodging her, and Adam discovers that the boy is Julian–the foster brother he hasn’t seen in five years.

Adam is ecstatic to be reunited. At first, Julian seems like the boy he once knew. He’s still kind hearted. He still writes stories and loves picture books meant for little kids. But as they spend more time together, Adam realizes that Julian is keeping secrets, like where he hides during the middle of the day, and what’s really going on inside his house. Adam is determined to help him, but his involvement could cost both boys their lives.