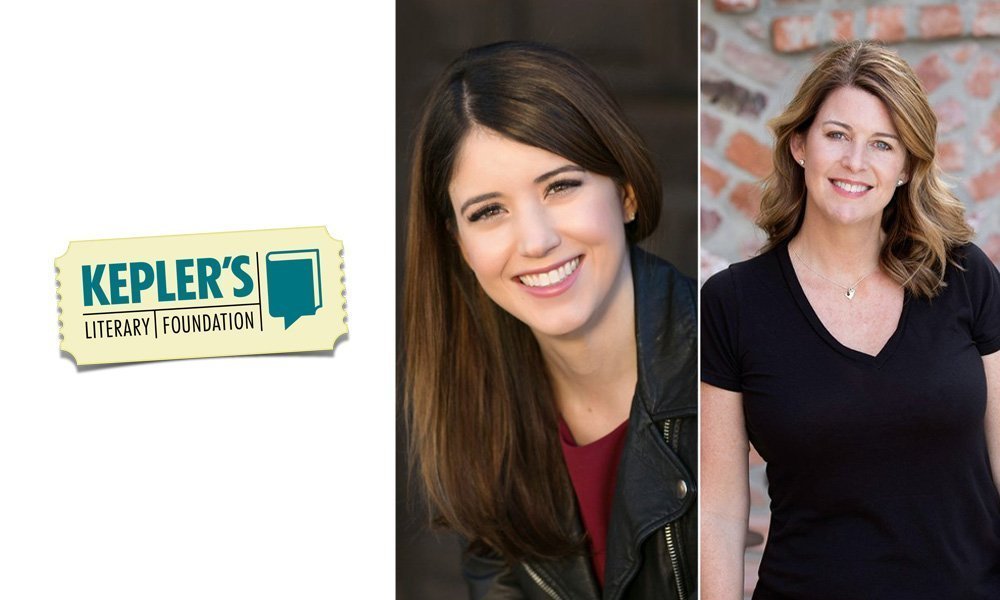 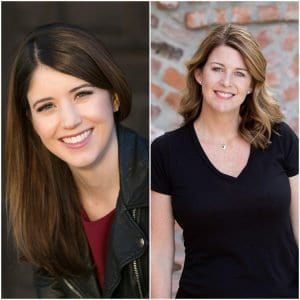 I’m thrilled to be heading back to Kepler’s with the wonderful Alexandra Bracken to celebrate our middle-grade sequels: Swap’d and The Last Life of Prince Alastor.

Alexandra Bracken is the New York Times and USA Today bestselling author of the Darkest Minds series, (the movie was released in August of this year and starred Amandla Stenberg), Passenger, and Wayfarer. Her middle grade Prosper Redding series balances magic, humor, and heart and is about a modern New England boy who must rid himself of the ancient demon inhabiting his body and break his family’s curse. She sold her first book, Brightly Woven, as a senior in college, worked in children’s book publishing as an editorial assistant and then in marketing, and now writes full time.

Tamara Ireland Stone is the author of Time and Time Again, a collection of her two novels Time Between Us and Time After Time, as well as the New York Times bestseller Every Last Word. Her middle-grade Click’d series features Allie Navarro’s explorations in computer programming and weaves together middle school friendship, first crushes, and serious coding skills that will have readers cheering Allie on from the first page to the last. She is a Silicon Valley native and has worked in the technology industry all her life, first testing Atari game boards in her parents’ garage, and later, co-founding a woman-owned marketing strategy firm where she worked with some of the world’s largest software companies. She’s passionate about promoting STEM education for girls. 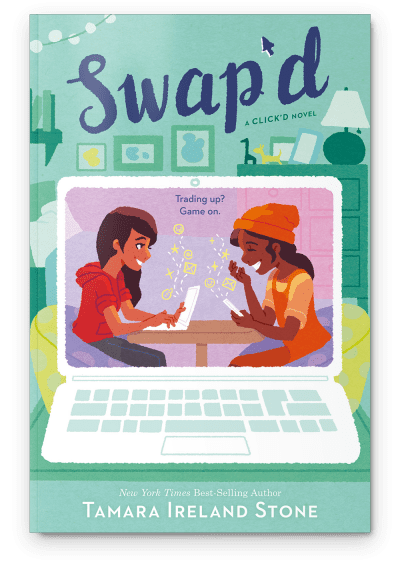 After her Click’d catastrophe, Allie Navarro is determined to redeem herself. So when the class gets an assignment to create a mobile game from recycled code, Allie pairs up with Courtney, her best friend from CodeGirls camp, to create the perfect app: Swap’d.

Kids buy, sell, and trade stuff at school all the time. Candy. Clothes. Video games. Slime. Why not make a fiercely competitive, totally anonymous, beat-the-clock game out of it?

Once Swap’d is in full-swing, Allie is certain that it’s the answer to all her problems. She’s making quick cash to help Courtney buy that really expensive plane ticket to come visit her. It’s giving her an excuse to have an actual conversation with her super-secret crush. And it looks like she might finally beat her archenemy-turned-friend, Nathan. She’s thought of everything. Or… has she?

The second book in the Click’d series by New York Times best-selling author Tamara Ireland Stone weaves together middle school friendship, first crushes, and serious coding skills in another fun, fast-paced, and empowering novel that will have readers cheering Allie on from the first page to the last.