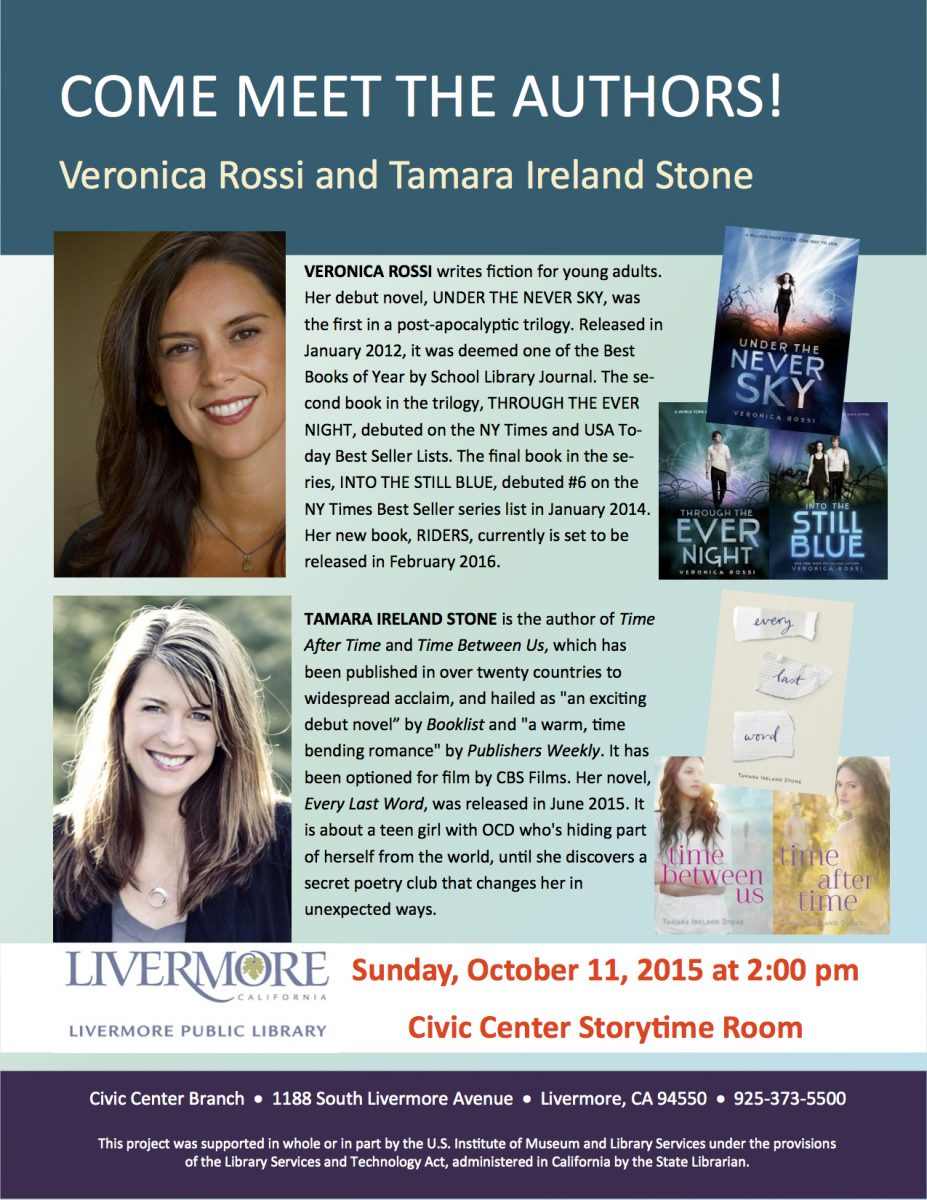 Veronica Rossi’s debut novel, “Under the Never Sky,” was the first in a post-apocalyptic trilogy. Released in January 2012, it was deemed one of the Best Books of the Year by School Library Journal. The second book in the trilogy, “Through the Ever Night,” debuted on the New York Times and USA Today Best Seller Lists. The final book in the series, “Into the Still Blue,” debuted at #6 on the New York Times Best Seller list in January 2014. Rossi’s new book, “Riders,” is set to be released in February 2016.

Tamara Ireland Stone is the author of “Time After Time” and “Time Between Us,” which has been published in over twenty countries to widespread acclaim, and hailed as “an exciting debut novel” by Booklist and “a warm, time bending romance” by Publisher’s Weekly. It has been optioned for film by CBS Films. Her novel, “Every Last Word,” was released in June 2015. It is about a teen girl with OCD who is hiding part of herself from the world until she discovers a secret poetry club that changes her in unexpected ways.

This program is supported in whole or in part by the U.S. Institute of Museum and Library Services under the provisions of the Library Services and Technology Act, administered in California by the State Librarian.

For questions or more information, please call Jennifer at 925-373-5576, or visit the library website: www.livermorelibrary.net.